The Future of Programmatic Advertising 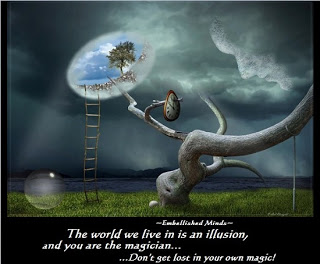 Programmatic will continue to be fueled by improvements in the quality of media available in programmatic environments, especially private market places, and the greater availability of programmatic mobile media, as well as the sophistication provided by ad tech solutions such as data man.

Programmatic advertising will grow 31% in 2017 -- faster than all other digital media channels, according to Zenith’s “Programmatic Marketing Forecasts” report published on Monday. The report, which covers 41 key advertising markets, estimates that programmatic will grow faster than social media (25%) and online video (20%), and an increasing proportion of these other channels will be traded programmatically.

In fact, the report finds that programmatic will become the principal method of trading digital display in 2016 — accounting for 51% of expenditure — and will rise to 58% of expenditure in 2017. The report also finds that the U.S. is the largest programmatic ad market — valued at $24.0 billion in 2016 and accounting for 62% of total global programmatic ad spend, according to Jonathan Barnard, Head of Forecasting for Zenith, a unit of Publicis Media Groupe. The U.S. programmatic ad market is followed by the U.K., valued at $3.3 billion, and China comes in third at $2.6 billion.

Programmatic trading accounts for 70% of display advertising in the U.S. and the U.K, but just 23% in China. "Programmatic trading is firmly in the mainstream, and is now the channel used for the majority of digital display platforms. Instead of simply using it for efficiency, brands are using programmatic buying to target individuals creatively in premium environments," Barnard told Real-Time Daily via email.

The U.S. is by far the largest and most advanced programmatic market, with programmatic trading accounting for 70% of digital display transaction in 2016. By 2019 we expect that to rise to 80%," he said. While programmatic advertising has often been used to reach target audiences as cheaply as possible with little regard for the quality of the sites in which the ads appeared, it is now being used in conjunction with data segments to target individuals in intelligent and creative ways. Targeting helps identify people who are most likely to be receptive to a brand’s messages. Programmatic advertising has begun to dominate the digital display market. While it accounted for just 13% of display ad spend ($5 billion) in 2012, in the U.S., it grew to $39 billion in 2016, at an average rate of 71% a year.

The Zenith report notes that growth is slowing as programmatic consolidates its dominance in the display market. Even so, Zenith expects programmatic advertising to grow at an average of 28% a year to 2018, when it will reach $64 billion.

While the Zenith report only looked at digital media, it notes that programmatic trading is starting to extend to traditional media including TV, radio, and digital out-of-home media. These channels already offer automated and data-driven trading of inventory. The report finds programmatic trading will eventually be available as a standard offering across traditional media.

“Programmatic buying of digital media has become the norm in major markets, and is aggressively following this path in smaller markets,” stated Benoit Cacheux, global head of digital & innovation at Zenith. “We believe that the growth of programmatic will continue to be fueled by improvements in the quality of media available in programmatic environments, especially private market places, and the greater availability of programmatic mobile media, as well as the sophistication provided by ad tech solutions such as data man. Get more insights
Posted by Olayinka Oyelami at 11:06 PM