OOCORP Ads – …Innovative insights for understanding and succeeding in the global marketplace.

The Web has changed the game for your customers— and, therefore, for you. Now, CustomerCentricSelling, already recognized as one of the premier methodologies for managing the buyer-seller relationship, helps you level the playing field so you can reach clients when they are ready to buy and create a superior customer experience. Read more...OOCORP Ads – …Innovative insights for understanding and succeeding in the global marketplace.
Posted by Olayinka Oyelami at 1:53 PM No comments:

Search engine marketing puts your Ads in front of customers who use the our Network every day customers who may be searching for your product or service. With one Free or Premium Ad your message can reach millions of unique active users on Global Worldwide Web. Click here to get started Free ds.com/
Posted by Olayinka Oyelami at 4:41 AM No comments:

Should Companies Do Away With Their Websites ?

Are we getting close to the end of websites? Jon Lax, director of product design at Facebook, tells Mashable Australia that he’s not sure website building is still a “growth business.”

“If you look at people who are doing interesting work, they tend to be building inside these platforms like Facebook and finding ways to do interesting work in there,” he says. “For instance, journalists. Instant Articles is a really great way for stories to be told. There is some really interesting stuff being done with live video—there's an interesting canvas for people to tell really authentic stories in an interesting way.”

Creativity is abundantly available through social media tools, Lax says, which also allow for more of a cookie-cutter approach online presence development than building a website, which he called “placing a pixel on a screen and choosing the perfect font.”

Lax says the switch to social feels similar to when print designers were told they needed to start making website designs. There was some initial resistance, but professionals eventually came around. Now, Lax believes people will have to move their time and energy toward creating pages on social media platforms.

“The one thing about the web is that it is such a large system that it will take a long time for that energy to unwind, but when you look at the data, you can definitely see the move to mobile and that will continue,” he says. “But none of these things go away. People still make vinyl records.”

Davia Temin wrote in 2014 that companies shouldn’t “kill off” websites, but they should consider using them as a hub for social media pages. The real question, she says, is not whether a company should kill off its website, but how it can cohesively bring together a social media presence. She suggests using “social media company pages as spokes, exploiting each platform for its unique benefits and audience.”

Small Business Trends notes there are pros and cons of both social media and websites. Social media is quick, low-cost and engaging, but also has limited design and a lack of ownership. On the other hand, websites allow for full control, better credibility and more availability on the positive side, but they take more marketing effort, maintenance and increased complexity.
Posted by Olayinka Oyelami at 2:51 AM No comments:

Advertising has evolved. No longer is it restricted to print publications, static billboards, radio, and television. Modern technologies have opened the door to a whole new era of advertising digital advertising, that is. This means that modern marketers and advertisers can reach and appeal to their core audiences in new ways and with more precision.
On that note, todays buyers are interacting with your brand across multiple channels and devices. Plus, they have more expectations than any other buyer generation in history. Modern buyers want personalized, one-on-one conversations with brands at the right place and at the right time. Your buyer expects a continuous experience. While this is certainly a challenge for marketers and advertisers, new ad technology and innovations continue to advance at break-neck speeds. New ad technology platforms, types of ads, methods of tracking, dynamic ad content, and advances such as the Internet of Things now provide endless opportunities for marketers and advertisers to engage their customers personally and across channels.
Learn more... http://www.oocorpads.com/
Posted by Olayinka Oyelami at 2:58 PM No comments: 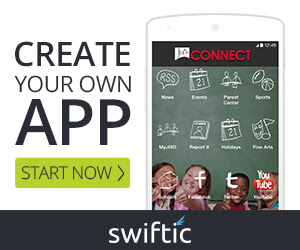 Olayinka Oyelami
Hi, I'm Olayinka Oyelami an entrepreneur and digital transformation consultant with expertise in the fields of marketing communications, business management and legal advisory services, plus over two decades of professional practice and experience. President/CEO of OlayinkaOyelamiCorporation (OOCORP) I'm passionate about helping you to transform your business, accelerate growth, improve efficiency, create a sustainable competitive edge and put in place plans and processes to help you accelerate digital transformation and achieve your business objectives by harnessing the power of technology to drive innovation, deliver cutting-edge solutions and increase brands visibility for sustainable growth...Let's connect and strategize the best way to enable digital transformation to happen.